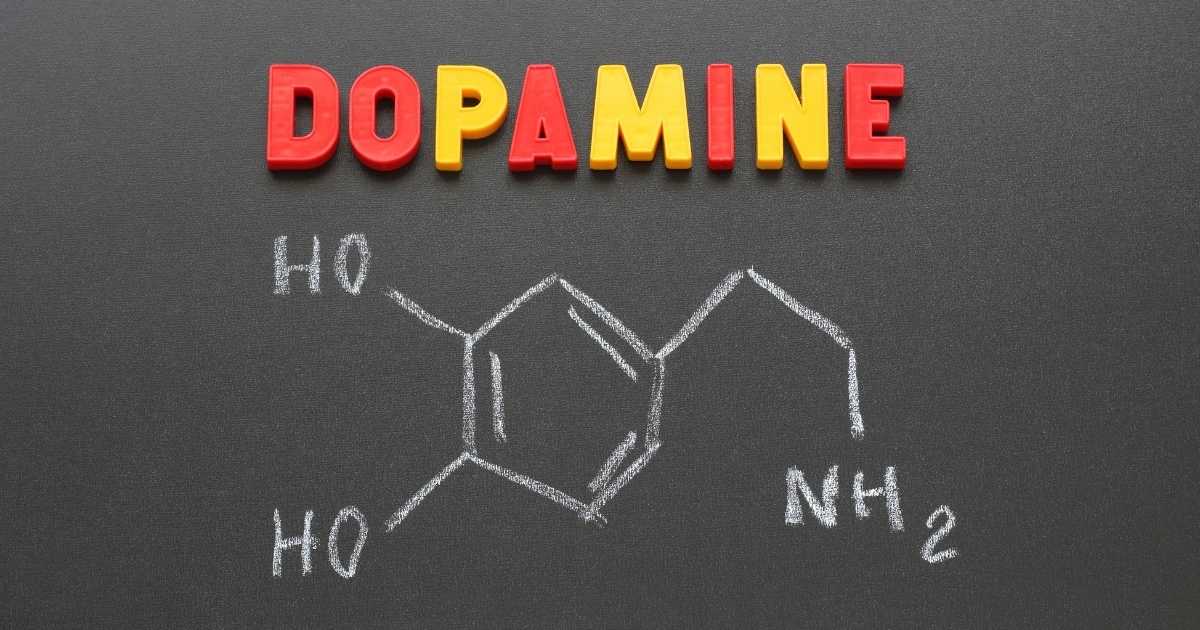 Dopamine is nature’s feel good potion. It motivates, it stimulates, it brings about many of the pleasurable biochemical sensations that people enjoy in life. There are many methods that humans will use to increase dopamine release in their bodies. In fact, humans spend a great deal of their days consumed in rituals to increase the stimulation of dopamine. Are you mindful of the ways that you may be increasing dopamine release throughout the day? Some are natural, perhaps you have heard of the “runner’s high” that is a result of marathon running which releases various natural occurring opioids and dopamine into the runner’s system giving them a feeling of euphoria and increasing their pain tolerance. There are people that induce dopamine release with the intake of chemical substances like nicotine, caffeine, anti-histamines, or on the more illicit side, cocaine and other stimulants that are taken in order to increase dopamine production. Many people find themselves incorporating daily rituals as they chase a dopamine high. As a coach, by understanding how dopamine production is triggered you may have more flexibility in helping them move away from the more harmful ways of increasing dopamine production in favor of the more healthy ways.

An entire chapter of my book Neuroscience for Coaches is dedicated to dopamine, as it is a core neurotransmitter. The majority of research on the subject of dopamine agrees that dopamine is very involved biochemically in neuroplasticity regarding motivation, the making of memories, and decision making process that occurs in the human brain. Dopamine is also an active player in the phenomena of addiction and addictive behaviors because it brings highly sought after feelings of pleasure reward. Dopamine is enough of a motivator that it inspires elaborate rituals addicts continuously execute to maintain the feeling of pleasure euphoria that comes with the increase of dopamine, as well as other biochemical brain chemistry mixtures, that are created as a result of their efforts. It is important to note that although the term ‘addict’ is often associated with illicit intake of narcotics, in fact, addiction for the purpose of changing mood and behavior with biochemical reactions can present itself in various ways, many of which are legal and considered socially acceptable.

The question, knowing that so much of the human experience can be consumed in chasing this euphoric feeling that dopamine offer is how can this very interesting neurotransmitter be managed well so that it may be a productive part of a person’s life experience without doing damage by overstimulating the endocrine system and causing destructive addictive behaviors?

Dopamine becomes destructive when it causes people to become involved in intense ritualistic behavior in order to acquire the feeling of a “high” that it creates in brain chemistry. Whether the behaviors involve ingesting substances such as nicotine, cocaine, anti-histamines, or other stimulants; or whether it is behavior such as excessive exercise or other extreme behaviors. These activities may be broad in definition, yet the underpinning of this process is the need to increase dopamine levels in the brain in order to feel a sense of normality and well-being.
In order to understand this process, let us consider a substance that many of us are familiar with, caffeine. In an article written for Smithsonian Magazine, Joseph Stromberg discusses the way that caffeine reacts biochemically in the human brain. Stromberg goes on to explain,
“When caffeine molecules are blocking those [adenosine] receptors, they prevent this from occurring, thereby generating a sense of alertness and energy for a few hours. Additionally, some of the brain’s own natural stimulants (such as dopamine) work more effectively when the adenosine receptors are blocked, and all the surplus adenosine floating around in the brain cues the adrenal glands to secrete adrenaline, another stimulant.”

Now that we know how dopamine stimulators work, let us talk about how destructive practices can be exchanged for more healthful practices in clients wishing to feel good without the downside of dopamine.

When developing a coaching strategy to replace negative dopamine acquiring behaviors with positive behaviors, the first thing to consider as I explain in Neuroscience for Coaches, “Dopamine is well known for its role in learning and rewards.” When coaching a client to seek reward behavior in a healthy way we look to assist the client to find ways s/he may create pleasure rewards scenarios in her/his daily routine to replace the negative behavior. It may be unrealistic to promise the same level of pleasure rewards that the more toxic options offer, however, a person who is dedicated to a healthier lifestyle should be able to reach a satisfying level of pleasure reward sensations using new behaviours.

A coaching session may start with a discussion about the idea that humans need ‘small vices’ in life to be happy. Where did this idea come from? What memories are these vices connected to? When we know the ‘why’ we can begin to help the client think about new ways to see how that behavior works in her/his life. Then the coach can talk with the client about other potential experiences, new healthy experiences, that they can feel just as decadent about that may have less of an impact on their health and well-being. It is important to note that when new strategies are talked about it is important to mention not only the behavior that is more beneficial, but why it is more beneficial. A common example I talk about in my book is about doing more aerobic exercise. Instead of merely prescribing more aerobic exercise also add that exercise increases blood calcium levels which is a natural way to experience the uplifting feeling that dopamine provides. Even just thinking about times when one was successful or getting excited about future success can also help clients to feel natural dopamine highs that are not dependent on outside chemical sources.

Dopamine is a powerful motivator for human beings. When paired with healthy practices coaches can assist clients to feel good about their lives with beneficial rewarding practices.
Sources

← Prev: Attention Creates Reality Next: Your Brain is a Temple →