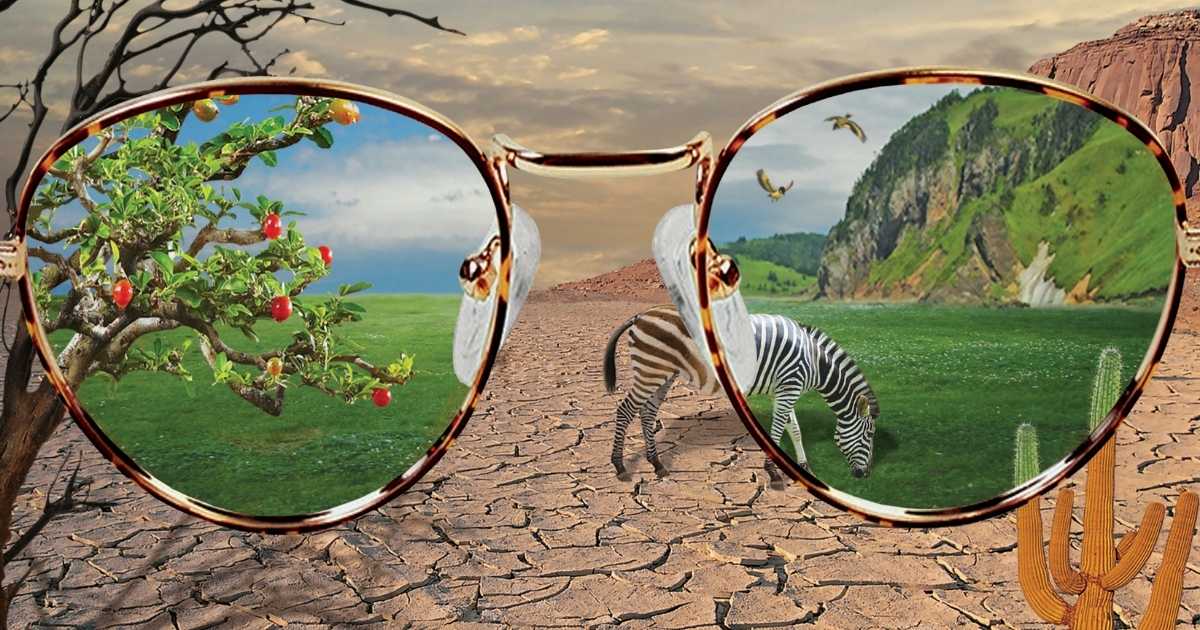 In order to set the foundation of today’s discussion I would like to offer three ideas for your consideration. The first idea is that “thoughts are things.” This idea is the cornerstone for Napoleon Hill’s classic book Think and Grow Rich, whereby the author was commissioned by industrialist Dale Carnegie to write a book attempting to define the mindset of the successful businessman. The idea behind the concept of thoughts are things is the premise that what you pay attention to matters. What a person thinks about the most manifests in their daily lives.

The second concept can be best described by a joke that goes like this. Once there was a couple who had a new neighbor. They would look out the window at their neighbor hanging out her washing every morning. The wife commented to her husband that the young woman next door must not know how to wash, because her laundry never looked clean. The wife repeated this comment nearly every morning, until one morning when the couple sat at the table to have breakfast, and the wife commented that there was a change, the young woman must have finally learned how to properly launder her clothes after all this time. Her husband looked across the table at her and said. “Her laundry was fine, I cleaned the windows this morning.” It was the wife’s perspective on the world that was murky, and that affected the way she saw the world.

Time Management Defines Who We Are

The third concept to keep in mind has almost become cliché and yet it is valuable to note that each and every one of us has the same amount of hours to utilize in a day. The difference between a person considered most successful in our society and a person deemed least successful, is the way that each individual uses the hours of their day. Time management defines who were are as individuals through the way we prioritize how to use our time.

Okay, now that you have those three concepts in mind let us begin the thought for today—attention creates reality.

The common thread among the previous three concepts is, what individuals pay attention to and the way they perceive it, informs the way they experience their day. When a person is able to discipline themselves to have thoughts that are supportive of the desired goal, their brain chemistry is different to if they were hugely doubting of their goal. Let me explain further.

From a neuroscientific point of view, the more that a person decides that the world is a good and supportive space, or a hostile and foreboding place, will greatly affect the way that person takes risks and takes advantage of opportunities. If a person is constantly thinking thoughts like “I am not good enough. This isn’t going to happen for me. People will never let me get what I want.” Several things begin to happen. The first being that the brain chemistry prepares itself for a threat. Cortisol, a stress hormone, may flood the brain preparing it for hostility. With raised cortisol levels it is possible that one’s attitude becomes less positive. The chances for something positive to take place becomes much less likely.

Conversely, when a person is generally focusing on the parts of life that bring joy and satisfaction the brain chemistry tends to follow suit. Flooding the brain with a more pleasurable perfume of brain chemicals that are associated with pleasure and satisfaction. Therefore, the person is in a happier and attractive mood, which attracts people and opportunities to them.

It is not difficult to test this theory as it is intuitive that most people would much rather like to spend time with a happy and positive person than a negative and self-defeating one. The attitude determines the circumstances and the way someone is perceived and in turn how they then perceive the world.

Life Will Reflect the Story the Brain Believes to be True

As each individual develops a persona, an idea about who they are, and how that relates to the world around them, they develop a personal story. That story is made up of fundamental beliefs. Take for example a woman who believes she is a kind person, she is decent and a positive participant in her community. This is her belief of herself and therefore if she were to participate in an activity that went against that belief system, for example an exercise in bigotry or exclusion, she would either have to cease that activity or create a story to make that activity fit into her story about being a kind person. This happens in the case of perfectly good and respectable people that take part in atrocious behavior and still think they are good people. That is what their story about themselves tells them. Therefore, if there is a problem it must be that of the “other” that created it.

This self-defining story is what individuals pay attention to because they are looking for evidence of this self-defining statement. This builds a structure of expectation and behaviors to support that belief. It can be a mundane decision like choosing organic vegetables over non-organic to fit the definition of a “green” person or something as drastic and expansive as the concepts of imperialism and manifest destiny.

What an Individual Pays Attention to Matters

What messages are you paying attention to each day? Do you wake up to turn on the news and hear the latest on the atrocities of mankind? Do you pay attention to the heroes and the miracles that happen in such dramatic events? Are you the type to take in a sunset or take the time to notice a child playing and smile? Or do you look at the muddy puddle and a cloud in the sky to justify a gloomy mood? What we pay attention to matters.

A well-known drain on time and resources is social media. Sure, there are good opportunities for connection on social media however, there is also the opportunity to get wrapped up in many stories that are not relevant to a person’s life. When attention is paid to those experiences instead of using that time and energy to fulfill relevant personal goals we can often be left feeling robbed somehow of the opportunity of a day. Paying attention to that which is immediate and part of the goals that you want to achieve is an important part of achieving a high level of fulfillment and self-satisfaction.

← Prev: How Loneliness Impacts a Client’s Brain Next: Chasing Dopamine →